Today the new Spacesynth album Neospace – Revelation Tour has officially been released, and is now available as download on Bandcamp and CDBaby.com and is also available on Spotify, Apple Music, Yandex Music, Deezer, Amazon and all other streaming platforms.

The limited edition CD album (100 pieces made) is available in my shop and comes with an unique number and autograph, and a four page booklet with extra information, vocoder lyrics and ‘thank you’ notes.

On this album I tried to recreate the classic nineties Spacesynth sound, and I think it worked out pretty well 🙂
If you love the old-school Spacesynth music I am pretty sure that you will like this album as well.

GET YOUR COPY NOW!

Guys! I am very proud to announce my new 2018 album release on the 15th of June! 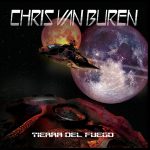 Twelve tracks which some of them have been released on Space Holidays and/or Space Odyssey compilation albums. On this album you will find remastered versions of those tracks, and of course brand new unpublished tracks!
I am pretty sure you will like it!

Official release-date is June 15 2018, and is available on Spotify, Deezer and all those other streaming services and download sites now!

Hardware copies, as in physical CD’s, are available and can be ordered at: Discogs and the Shop-page on this website (Paypal only).

All CD’s will be autographed by me of course 🙂

I hope you enjoy it as much as I did creating it!

Hey guys! I thought I would share with you the projects I am working on.
In fact I am working on my new album which will be released in January or February 2017. It is for about 95% done and this album will contain more up-tempo tracks and mixes with other styles.

A few months ago I also started a new Dance project under the name FORMAX. Under this name I will produce some nice trance tracks in the near future, a first glance can be found on Soundcloud.

Last month I bought a Korg DVP-1 Vocoder and I already used it in a new project. German Shlandikov from OBLIVION asked me to make vocoders for one of the tracks on his new album, so I made him some vocoders. And of course the DVP will be used on my own new album as well.

Talking about the holidays: Space Holidays, the annual compilation by Space Sound Records, will contain two of my new tracks as a teaser for my new album. I am proud my music will be part of these compilations and people can obtain them for free from their websites.

Although I like helping people I don’t have enough time to answer every request I get. Sometimes young Spacesynth producers ask me all kind of questions or ask me to do a remix. On my desktop three folders are awaiting my attention:

– Mariusz Baranowski: A guy from Poland who made some Spacesynth music in the nineties asked me to do a remix for one of his tracks a long time ago. I simply didn’t find the time to work on it, but I will do so in the near future.

– Rebecca Ekman: Unfortenately I had to cancel this project. I had a perfectly good track ready, but miss Ekman was probably too busy making selfies, and didn’t answer anymore.

– Fernando Gomez: A starting Spacesynth producer from Spain which asked me to take a look at one of his tracks and maybe do a remix or some improvements.

So as you can see I am very busy at the moment, and I am also trying to find some time to repair old synthesizers and other audio equipment 🙂 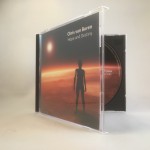 I proudly present my new album “Hope and Destiny” which has officially been released on CDBaby.com today!

One of the quotes I used on this album is by former president Bush Senior: “History proves that we have never lost by pressing the limits of our frontier. We dream of distant shores we’ve not yet seen. Why the Moon? Why Mars? Because it’s humanity’s destiny to strive, to seek, to find”.

I decided to release my music as an independent artist with digital distribution on CDBaby, iTunes, Spotify, Amazon and lots of other digital music providers around the world.

For collectors there is a limited edition hardware copy available (e.g. physical CD) which is produced by CFM Media as a CDr in jewel case with printed label and booklet. There will be a maximum of 50 pieces produced and all CD’s are numbered and signed. Visit my shop for more info.