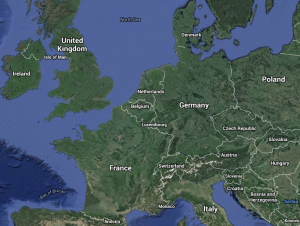 Chris van Buren is a Spacesynth and Italodance producer from the Netherlands. He was born in the city of Rotterdam in June 1971

In the early nineties he was producing housemusic and eurodance, but now he’s back and produces the music he loves best; Spacesynth.

Bringing you covers and originals in Italodance and Spacesynth style. Inspired by artists like Koto and Laserdance his tracks are now evolving into his own specific sound.

Inspired by the following artists and bands:

Unauthorized use of my original music is prohibited:

Member of the organization for Dutch music authors and publishers Buma/Stemra: 1024383

Sync Licensing by CDBaby.com
…………………….
“Spacesynth, synthdance, spacedance, spacedisco, synthesizerdance or whatever you want to call it is instrumental upbeat synth music that focuses on melodies instead of rhythm. Driving basslines, catchy synth riffs, sci-fi influences and futuristic track titles and album covers have always been a major part of space synth.”