Computers always had my interest, it was an amazing new technology and I was fascinated by all the possibilities that layed ahead in the future.

At the age of 12, in 1983, my first computer was an old IBS (Inter Business Systems) 80086 AT computer with two giant 5 1/4 inch floppy drives. My dad had replaced this computer at his company, and decided I could have it. With high expectations I turned it on to see what it could do, but to my deception it just sits there and said “A:” with a blinking cursor on the screen. It had no harddrive so I was supposed to load everything into the (very small) memory from one of the floppy drives to be able to run it. I got some obsolete company software on 5 1/4” floppy disks, but it couldn’t do much more then very basic text processing and a spreadsheet program. It came with a book about DOS and that’s when I learned my first things in writing batch scripts and simple DOS commands. The computer was very limited in it’s capabilities; with it’s small memory and monochrome display it was designed for text processing and that was what it does. I couldn’t get it to do very much more then that.

Af the age of 14 my mother got me a used Texas Instruments game computer for Christmas. You connected it to the television, and you had to load cartridges in the back of the computer to load a game. I played Arkanoid for weeks! The computer didn’t have a diskdrive and used it’s own programming-language so I wasn’t able to do some more exploring on it. 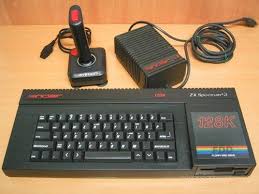 At the age of 15 my neighbor was experimenting with computers and radio transmitters, that’s how I got interested in FM transmitters and pirate radio stations. He gave me a Spectrum Sinclair ZX computer which I could borrow. He also told me it was able to produce sounds,  that was amazing!  I didn’t have the right software to make something decent though.. I managed to get some beeps out of it, but that was it.

In 1990, at the age of 19, I was in the Dutch army. I met a guy called Dennis Meex, we became close friends. He was as crazy about computers and music as I was. He owned a Commodore Amiga 500 computer and showed me what it could do. I was amazed by it’s possibilities, so I saved up some money and bought one myself.

Soon I upgraded to a Commodore Amiga 2000 with harddisk, sampler and Audio Enhancer, and I bought a Roland W30 sampler workstation and a Boss DR660 drumcomputer. That’s when we made our first house tracks. 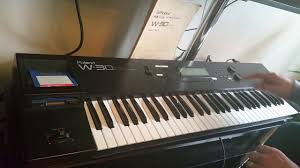 After a while we got demotivated because we didn’t have a clear plan in what kind of music we wanted to make. Dennis was into Hip Hop music and I tried to make house music. And after fulfilling my military duty I went back to school to study mechanical engineering. Music was not my priority anymore. After some time I decided to sell my Amiga and other gear.

Years past by… school was finished and I worked in the company of my dad. Dennis was working for IBM in Scotland. In March 2003 I received a call from his mother: Dennis had past away… just like that, probably a hart failure. The end of an era for me…

In 2007 I decided to leave the company of my dad after being miserably failed as an entrepreneur. I had some free time on my hands and started to make some music once again… At first with a PC and Fruityloops, but later I bought an Apple iMac computer and installed Logic. It reminded me of the Commodore Amiga…

And here we are.. producing music again 🙂